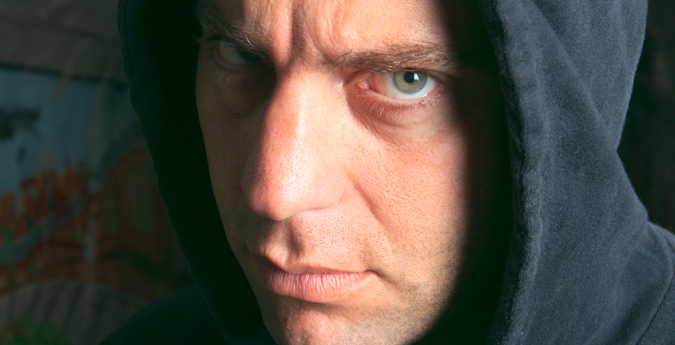 New threats emerge on the Internet every day.  The Digital Citizens Alliance wants to introduce you to some of the online criminals you or someone you know may encounter.

If you buy a “designer” product for a fraction of its retail price from someone with a folding table on the sidewalk, you can be pretty sure what you’re buying is a fake—or stolen merchandise. Yet when it comes to online shopping, where we can’t see the products we’re buying, many of us simply forget the real-world rule: “If it seems too good to be true, it probably is.”

So what’s the harm?  A counterfeit handbag might not harm you.  But counterfeit drugs might poison you.  And counterfeit car parts might fail, leading to serious or deadly accidents.  And none of us wants to undergo surgery with a fake medical instrument.  One of the biggest counterfeiting schemes today is trafficking fake prescription drugs—many of which are laced with hazardous chemicals or have only a fraction of real medicine in them compared to legitimate drugs.

Scammers try to get money or information out of unsuspecting victims using phishing schemes, hoaxes, pyramid schemes, etc.  These days, online scams proliferate faster than Internet providers, law enforcement, or the government can keep up with them.  Most of us recognize that someone from a foreign country offering to give you $10,000 if you’ll just give them your checking account number is probably not on the up and up.  But many scams aren’t so easy to spot.  It may be someone posing as a soldier who needs to sell a new car before he deploys overseas; the car is in another state, so he needs you to wire the money in advance so he can ship the car to you. Or it’s someone claiming to be a single mother whose child has recently been diagnosed with cancer, and she can’t afford to cover the medical bills.  These people are criminals who successfully con well-meaning citizens out of millions each year.

Predators target young people in numerous ways.  Most of us are familiar with stories of online predators who lure teens into dangerous relationships or convince them to run away from home.  But many of the predators who target teens online are more subtle.  Teens are one of the top targets of criminals trafficking in fake prescription drugs.  They believe they’ve found an easy way to access narcotics, and they aren’t aware that the consequences can be deadly.

Young people are also targeted specifically for identity theft. Those who download pirated movies or songs are often downloading computer viruses without knowing it. That makes their computer—and them—vulnerable. An estimated 142,000 children in the United States are identity fraud victims each year, according to ID Analytics. Criminals target this age group online because their IDs, including Social Security numbers, are a “blank slate.”

Sadly, there are millions of online criminals; they are smart, and getting smarter all the time.  Our only chance of stemming the tide of online crime is to be smarter than they are.  We must educate ourselves, other consumers, and industry and government leaders about what’s really happening online, and we must work together to do more to identify and eliminate these threats.   That’s why the Digital Citizens Alliance was created, and that’s why we need your help!